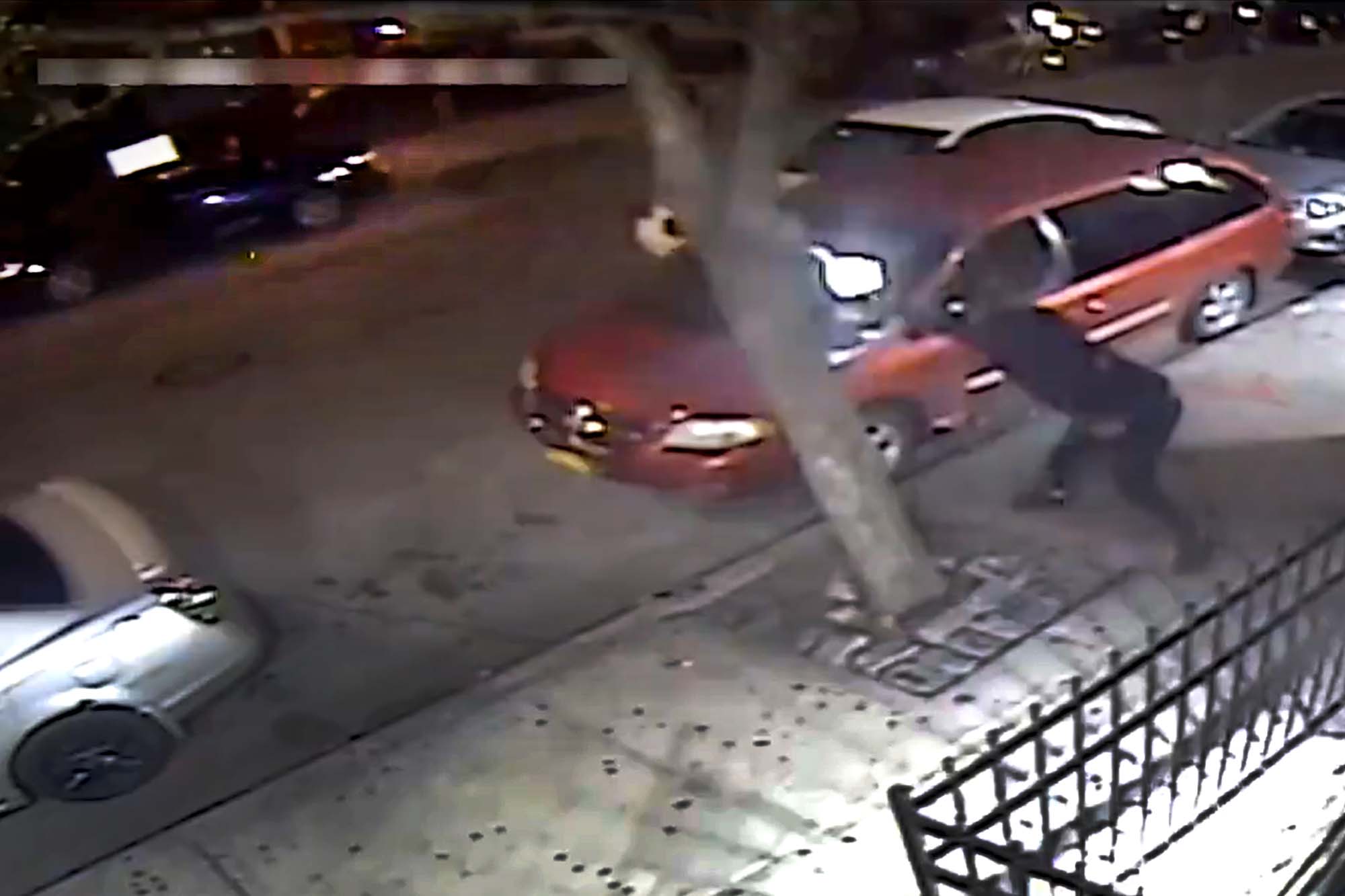 Two men opened fire at each other, shattering the window of a parked car in a wild Harlem shootout captured on surveillance video.

The two men were on Eighth Avenue near West 151st Street, on opposite sides of the street, around 6:10 a.m. Saturday, when they started popping shots at each other, cops said.

Video released by the NYPD shows one of the men, described as between 20 and 30 years old, firing at least four times and ducking behind a parked car — whose windows were shattered by one of his bullets.

His rival is not visible in the clip, though at one point what appears to be a muzzle flash can be seen across the street.

Both men fled on foot in opposite directions, cops said.

There were no reported injuries.