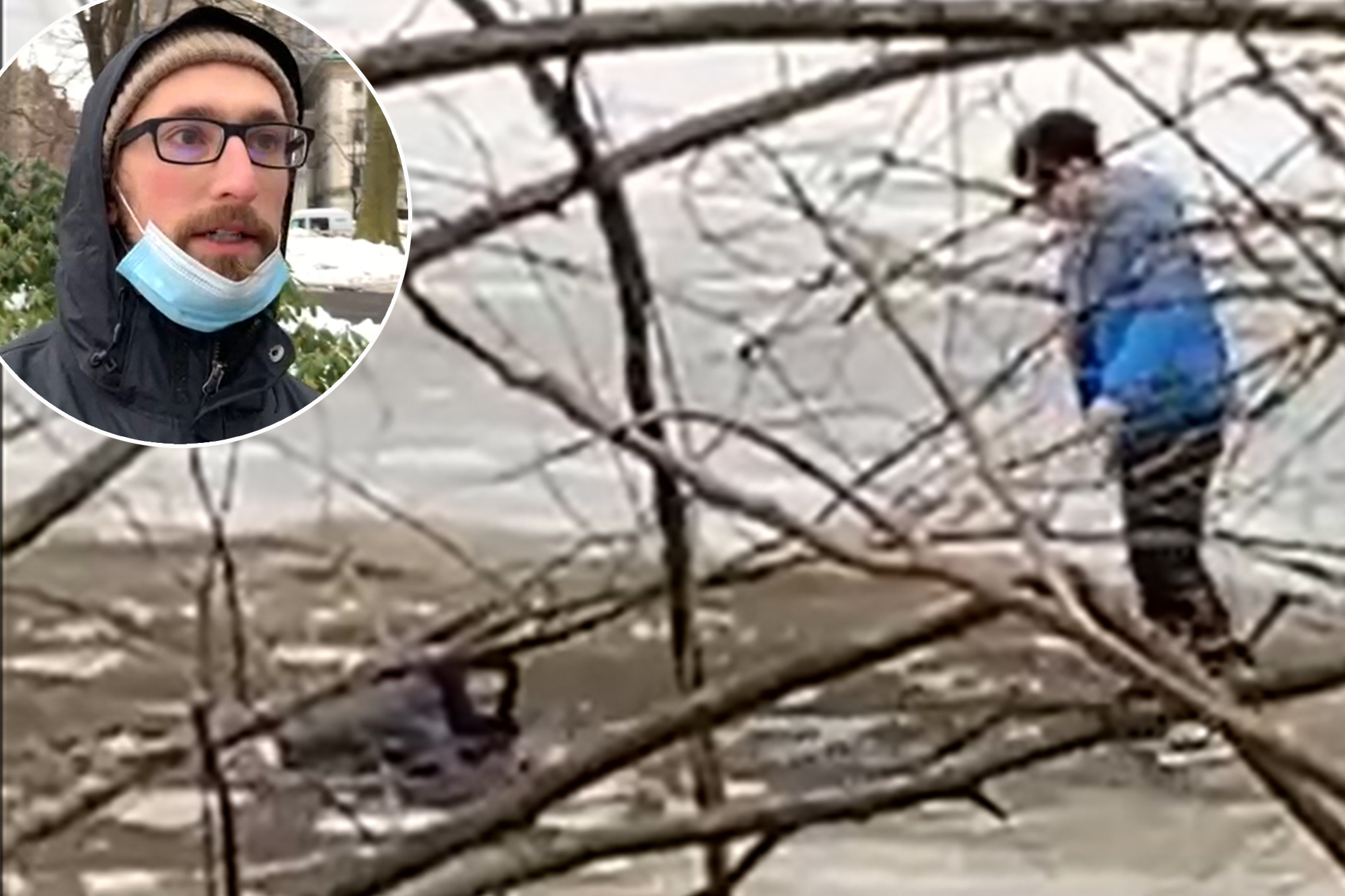 A teen was saved from the freezing waters in Central Park by two good Samaritans after falling through the ice at the park’s pond, video shows.

The dramatic incident happened around 2 p.m. when the teen fell into the Central Park Pond.

The teen, who was believed to be 15- or 16-years-old started screaming for help and a pair of bystanders jumped into action, grabbing a nearby wooden ladder, according to witnesses.

“When he fell into the ice, I started looking to see where I could grab one [a ladder] and someone else was already coming over with one,” said Dan McFadden who rushed to help, explaining there were a few ladders scattered around the area.

“So I just grabbed the ladder… and I gave him one end and he hung on and I was able to pull him out,” McFadden said.

“It was scary but he was playing where he shouldn’t. He was drenched and shaken up.”

By the time cops showed up, the kid was out of the water and had walked away, a witness said.

In the Stimulus Bill, a Policy Revolution in Aid for Children