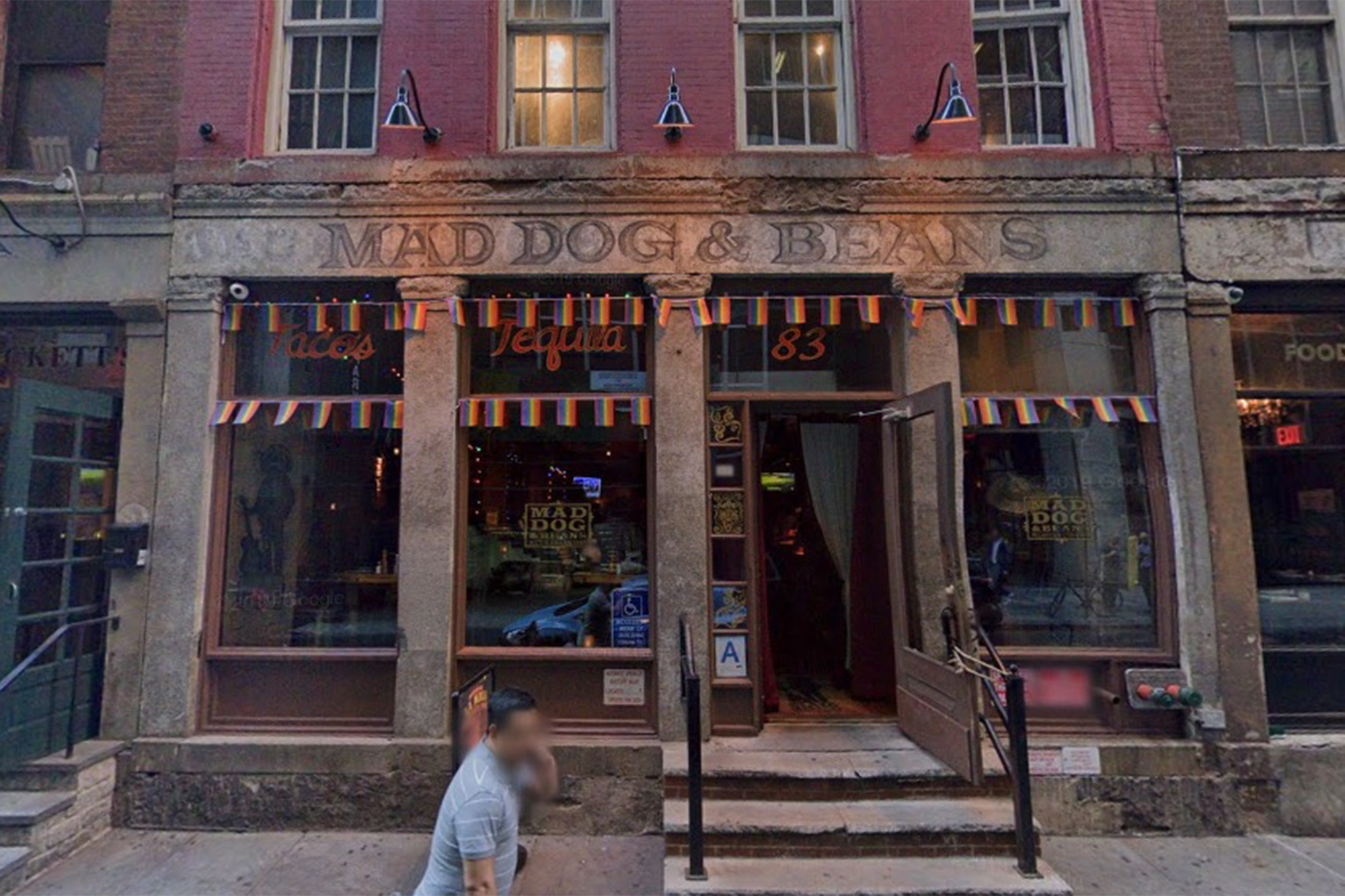 Two people left a Manhattan restaurant without paying and then took off in their cars — one of them ramming into a pedestrian and at least one firing a gun, cops said.

The duo dined at Mad Dog and Beans on Pearl Street near Hanover Square and then dashed around 9:15 p.m. Tuesday, police said.

The suspects hopped into a white Mercedes Benz and a white BMW, at least one of them opening fire at Wall Street and Hanover Street, cops said.

Cops stopped the Mercedes at Park Row and Spruce Street, and Telah Lyons, 22, was taken into custody.

Lyons, of Brooklyn, was hit with an aggravated unlicensed operator charge, police said.

A shell casing was recovered inside the Mercedes.

Shell casings were also found near the restaurant.

Meanwhile, the BMW driver made it to Orchard Street and East Houston Street, riding against the flow of traffic and striking a pedestrian, cops said.

The pedestrian was taken to Bellevue with non-life-threatening injuries.

Cops did not provide a description of the driver, who took off.