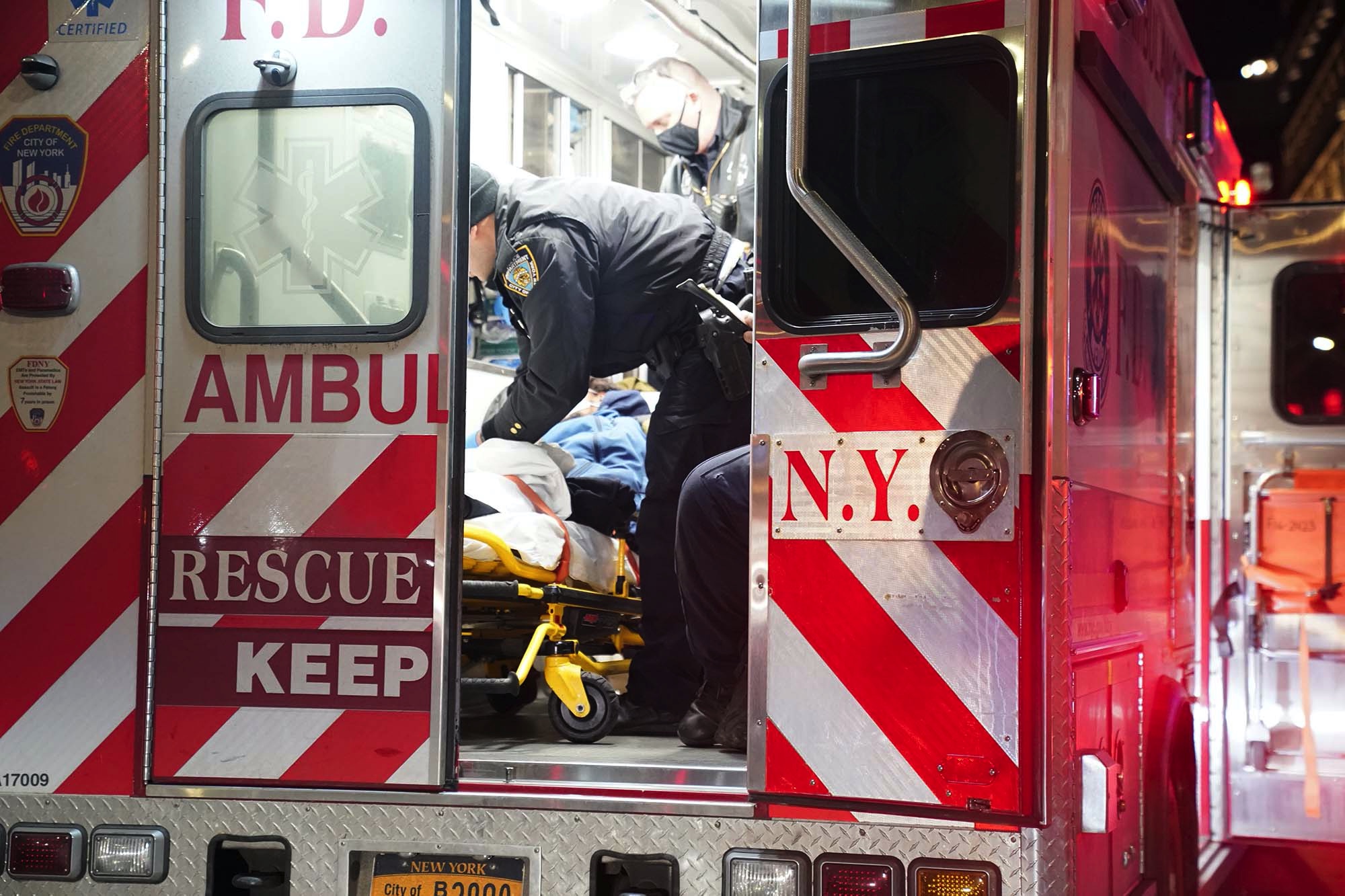 A man was slashed in the face on a subway train in Manhattan Friday night, sources told The Post.

The attack happened just after 11 p.m. on an uptown 5 train at 125th Street station in Harlem, the sources said.

The victim — a 30-year-old man — was attacked by a tall masked man who fled the scene and is still at large, sources said. He’s being treated at the hospital.

It’s unclear what led to the slashing.