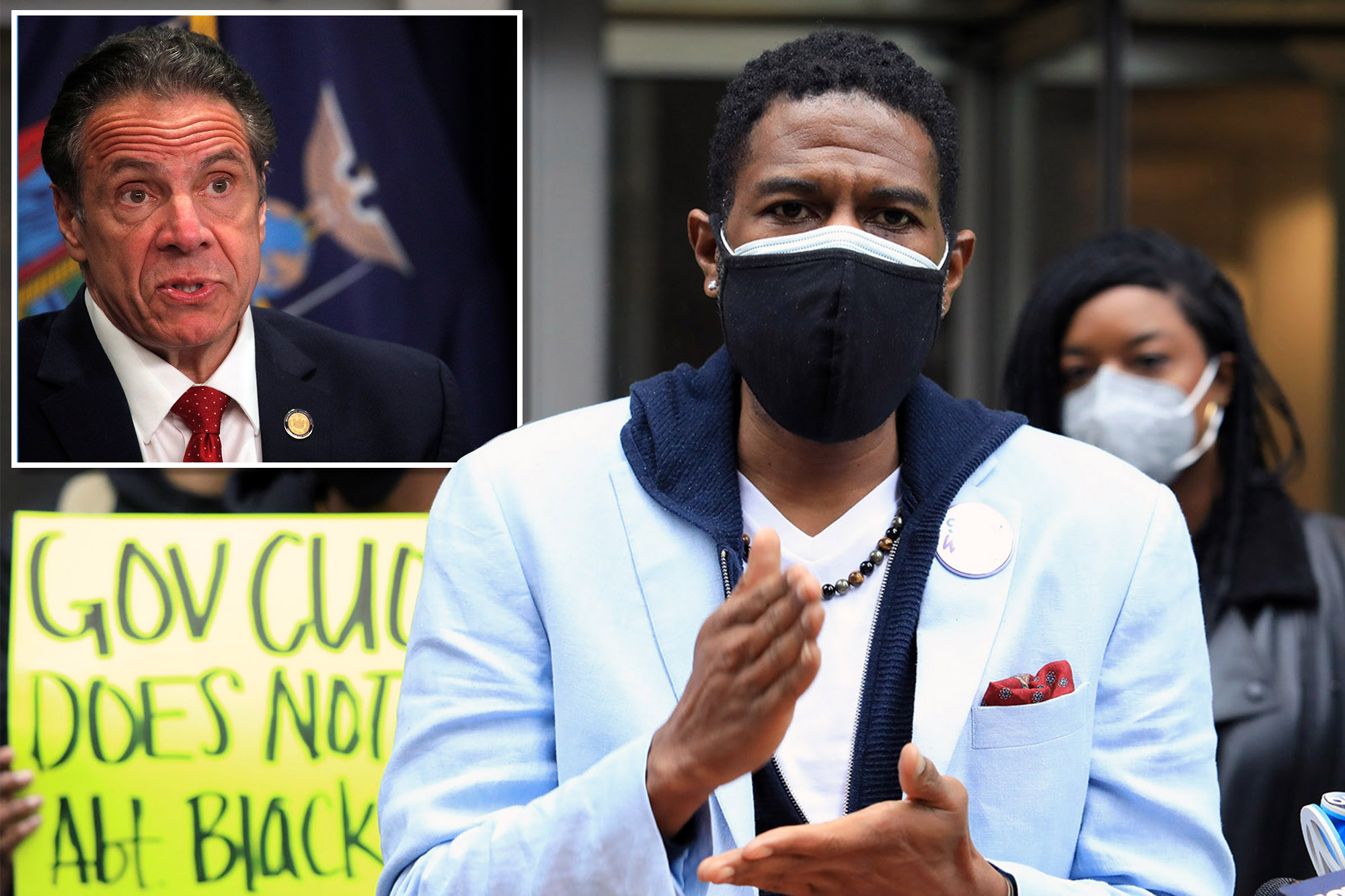 New York City Public Advocate Jumaane Williams and a chorus of black activists blasted Gov. Andrew Cuomo outside his Manhattan office Friday – charging that the governor has “harmed” communities of color through the underfunding of schools, hospitals and housing.

“Gov. Cuomo is not a victim, and he is not a casualty. He’s a powerful person who has caused victims and has caused casualties,” said Williams, who is one of a slew of pols who has called for Cuomo’s resignation over his sexual harassment and nursing home scandals.

“Right now he is manipulating the very real pain and real trauma the black community has gone through for so many years,” said Williams. “He’s using that against them because of the underfunding that Andrew Cuomo caused for so many years before that.”

New York Working Families Party state director Sochie Nnaemeka urged Albany to negotiate a “strong” upcoming budget, and to “stand strong against the governor’s efforts to block progressive revenues that we desperately need in our communities.”

Jawanza Williams, the organizing director for VOCAL-NY said he and his group were “upset” and “demoralized” by Cuomo.

“This governor, year after year, blocks us by passing legislation or tax measures that can actually do something to rehouse our people. He blocks us every year on passing evidence based solutions to the overdose crisis,” Jawanza Williams said.

“He is racist by negligence. His budgets are racist. They don’t fund us.”

The activists also ripped Cuomo for leaning on the black community for backing in recent weeks amid his mounting scandals. Cuomo has recently appeared with leaders like former Congressman Charles Rangel, Keith Wright, the head of the Manhattan Democrats, and a number of black clergy leaders during COVID-19 vaccination events.

Fritz added, “He didn’t put in that same energy last year when we had us dying left and right in the Bronx and East Brooklyn.”

State Division of the Budget spokesman Freeman Klopott said in a statement to The Post Friday that the Cuomo administration “has invested record funding in schools, and continues to support and implement a $20 billion affordable housing plan.”

“The governor is focused on ensuring black and Hispanic communities have full access to vaccines and convincing them to take them, as he has been since before vaccines were even available,” Klopott said. “Working with leaders of these communities to spread that message is about saving lives – we’ll leave the political games to others.”