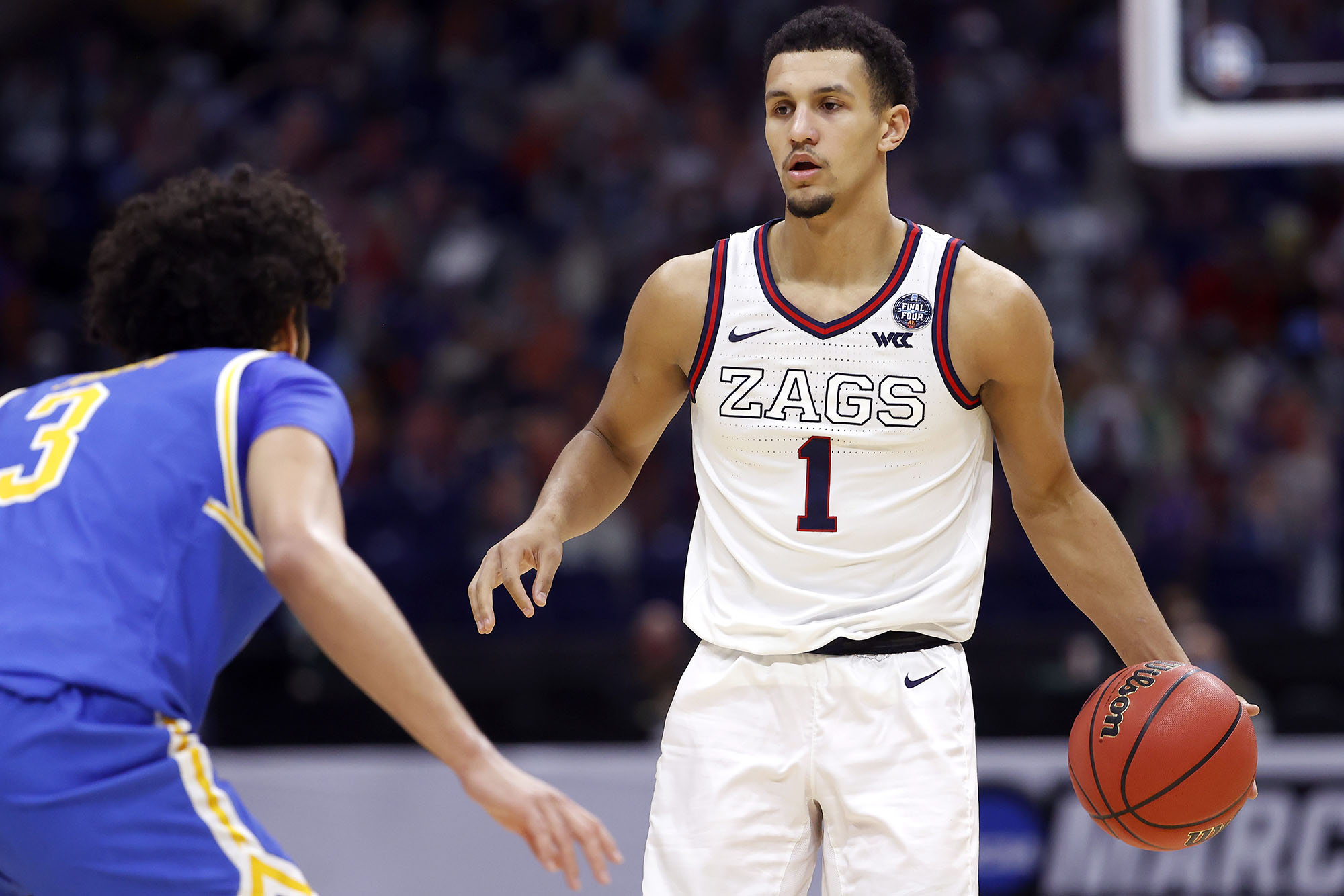 Jalen Suggs’ overtime heroics in Gonzaga’s 93-90 win over UCLA on Saturday could have been a work of fiction had the 6-foot-4 freshman taken a different athletic path.

Suggs, a 19-year-old Minnesota native, played quarterback and high school and even scored a scholarship to Ohio State University.

“Blessed beyond measures to receive a scholarship from THE Ohio State,” Suggs tweeted in May 2018.

“Could’ve been an OSU legend,” one fan tweeted.

“What could’ve been! (I think he made the right choice going with basketball),” another posted.

If Suggs had gone to Ohio State, he likely would have been behind quarterback Justin Fields on the depth chart before Fields declared for the 2021 NFL Draft.

In a previous interview with The Post, Suggs spoke about his college plans.

“Knowing that Gonzaga was my main school basketball-wise I wanted to go to and didn’t have a football team, it wouldn’t be like Florida or Florida State, Minnesota, Iowa State, where I could go over to the football complex, try it out, see if it could work,” Suggs said.

“That’s part of the reason why I did it, so I can focus on what I needed to do. But it was really hard to actually come to the realization that I wouldn’t be playing it anymore. There were definitely times [this fall] where I thought, ‘What if I went and played, if I were out there running around?’” he continued.