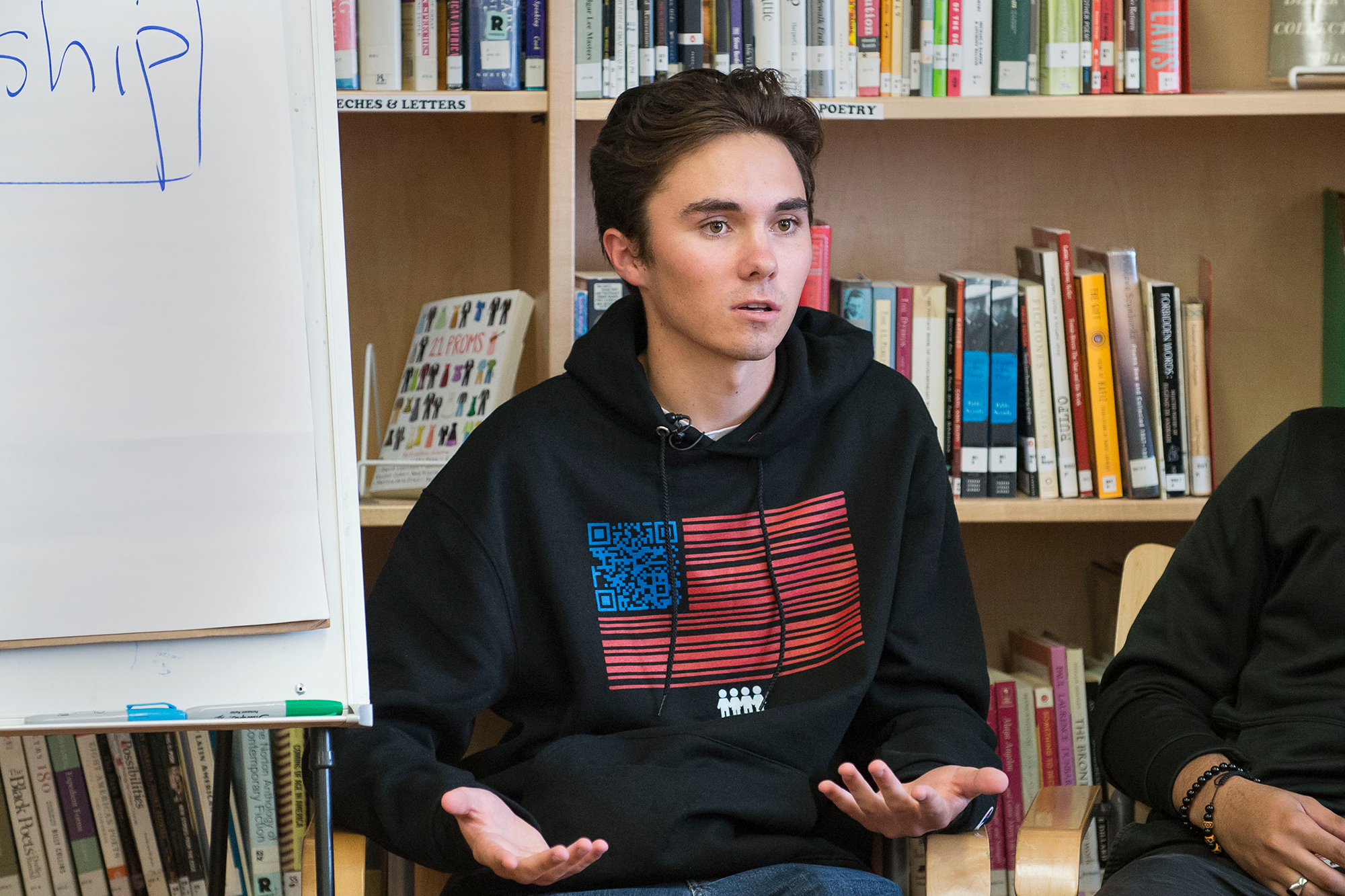 This pillow fight has gotten even more serious.

Parkland shooting survivor David Hogg has stepped down from his gun control advocacy group in the wake of his public spat with conservative My Pillow CEO Mike Lindell.

Hogg, 20, announced on Twitter on Thursday that he is taking a leave of absence from his position as a board member for March For Our Lives.

“I’m going to take the time to focus on school, my passions, and my overall well being,” he said in a separate tweet.

Hogg went on to allude to his public confrontation with Lindell last week, when he said he’ll take the conservative on by launching a competing pillow company.

“This pillow fight just got very real,” Hogg had tweeted at the time — calling it “progressive competition” for Lindell, who had been banned from Twitter the week before for spreading conspiracy theories about voter fraud.

The so-called fight had been greeted with ambivalence by Lindell himself, who responded to Axios that there’s “nothing wrong with competition that does not infringe on someone’s patent.”

“I feel I must acknowledge that some of my recent actions have undermined my peers within the movement,” Hogg wrote on Twitter Thursday, in explaining his departure from March For Our Lives.

“To my fellow organizers and those I love most, I want to express my deepest apologies.

“You all have been there for me through some of the roughest times of my life, and I also want to thank you for your continued practice of holding me accountable,” he wrote.

“Fellow activists who do not have the platform or privilege that I have reminded me that this work takes unwavering committment.”

Hogg left unsaid whether he is stepping down specifically to take on Lindell.

On Wednesday, Hogg had been defensive about the pillow venture, which he’d been tweeting about alongside the hashtag #GoodPillow.

“If I want to start a pillow company to help people, feed myself and create jobs I’m going to do it,” he tweeted.

On Tuesday, the anti-Lindell “buycott” was trending at number one on Twitter, he crowed.

Hogg’s stepping-down announcement comes three days before the third anniversary of the Valentine’s Day shooting he survived at Stoneman Douglas High School — a massacre that left 17 students and faculty dead.

John Albert is a sports enthusiast who loves indulging in occasional football, UFC, Boxing, matches. John is a passionate journalist who flaunts a perfect hold over the English language. John Albert currently caters to his skills for the sports section of Gitvconnect.
View all posts