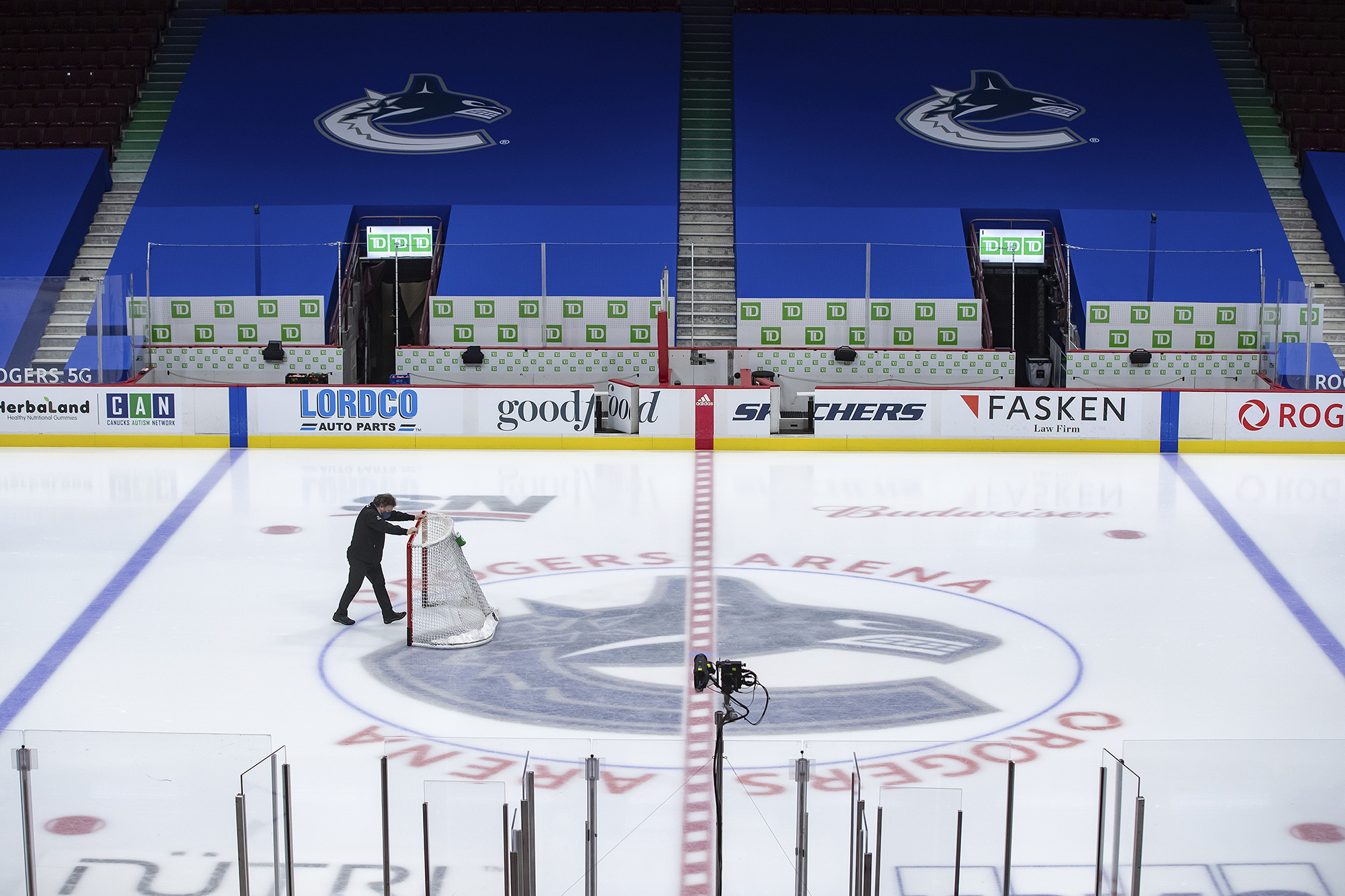 The Vancouver Canucks’ COVID-19 outbreak is not slowing, with the number of players and coaches testing positive now exceeding 20, TSN reported Sunday.

The Canucks haven’t played since March 24, and “the next five to seven days will determine scheduling,” Darren Dreger tweeted.

Additional names also are likely to be placed on the Canucks’ COVID protocol list beyond the 14 who already were listed as of Saturday, according to ESPN.

Both outlets also reported that family members of players also have tested positive, with symptoms among the group including vomiting, cramping and dehydration.

“The symptoms are intense,” an agent of one of the Vancouver player told ESPN. “It’s knocked a lot of guys out. Some can’t even get out of bed.”

ESPN also reported that several of the Canucks’ positive cases involve “the more infectious P.1 variant of COVID-19, which was first found in Brazil.”

The NHL has postponed 45 games as of Sunday due to the pandemic, with the first 37 of those involving American-based teams before the Montreal Canadiens also had four games pushed back last month.

Vancouver center Adam Gaudette was removed from practice on Tuesday after a positive test result, with former Islanders defenseman Travis Hamonic added to the protocol list two days later, followed by goalie Braden Holtby and four others on Friday and an additional seven on Saturday.

The league and the players’ union sent memos to all NHL teams stressing the importance of continuing to follow health and safety guidelines, including wearing masks — even for any personnel who have been fully vaccinated — and not dining at restaurants, according to ESPN.