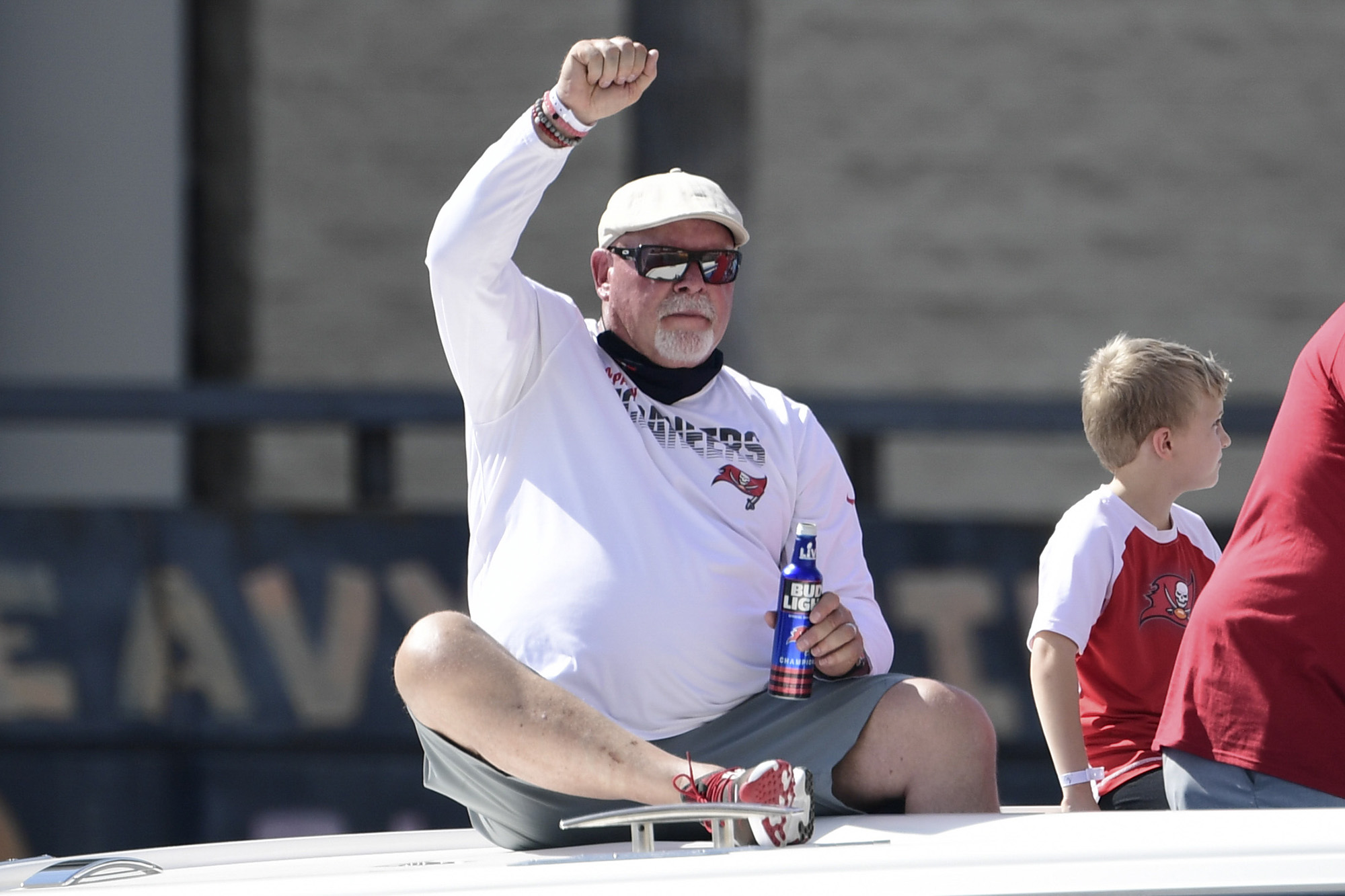 Bruce Arians is living up to his word — and has some new ink to prove it.

The Buccaneers’ 68-year-old coach showed off a new tattoo commemorating his team’s Super Bowl win, following through on a bet he had made before the season began.

“I’m a man of my word- ‘when we win the Super Bowl, I will get a tattoo’ well I got mine and I love it!!” Arians tweeted on Tuesday.

The tattoo included logos of Super Bowl LV and the Buccaneers, plus the score — 31-9 — by which Arians’ team beat the Chiefs.

Arians made the bet in August with the Buccaneers’ strength staff and tight ends coach Rick Christophel, according to ESPN. Tom Brady and Co. went on to go 11-5 during the regular season before thrashing the Chiefs to make Arians the oldest coach to win a Super Bowl.

It was Arians’ first Super Bowl win as a head coach, having previously won two as an assistant coach with the Steelers.