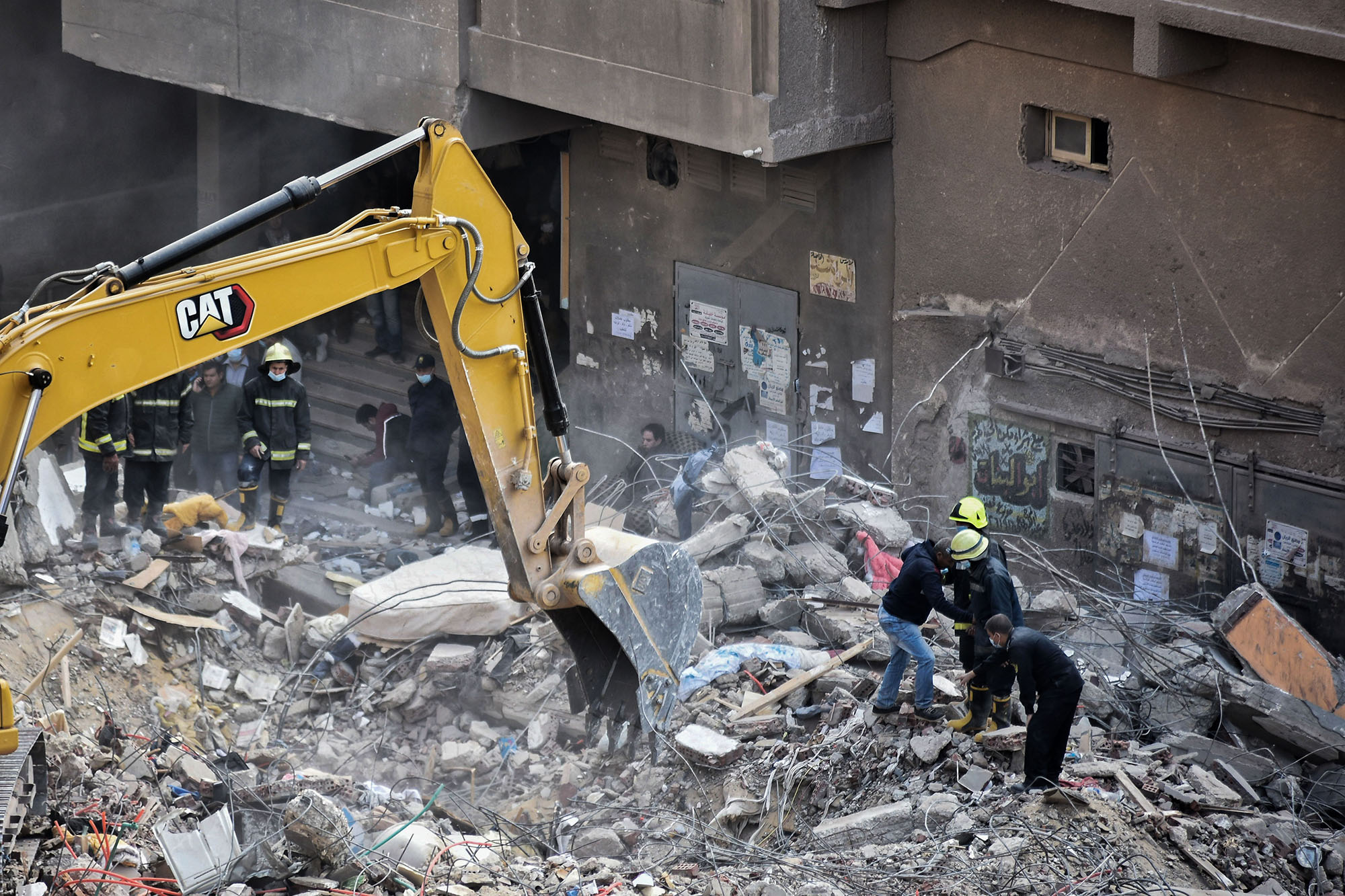 A 6-month-old boy was pulled alive from the rubble after a building collapsed in Egypt over the weekend, killing 25, according to officials.

The nine-story apartment building collapsed in the el-Salam neighborhood of the country’s capital, Cairo, on Saturday.

Civil protection agency officials confirmed Sunday that the infant was pulled from the wreckage and listed in stable condition.

The baby’s mother, father and sister were already found dead, but teams continued searching for his missing older brother, according to the officials, who spoke on the condition of anonymity as they were not permitted to brief the media.

An additional 26 people were also hurt.

The cause of the collapse was not immediately clear, but building collapses are commonplace in the shantytowns, underprivileged neighborhoods and rural parts of Egypt, due to poor-quality construction.

The government recently began cracking down on illegal buildings, destroying many of them and jailing violators.